This article will provide insight on advantages and examples of using IP video workflows, based on the NDI protocol.

NDI (Network Device Interface) is a protocol which supports very low latency IP video over Ethernet and Wi-Fi network connections. It is also intended to work over gigabit network implementations using ordinary Ethernet switches and routers. The creator of this solution is NewTek, a company that supports a wide variety of video production devices including the TriCaster family of video switchers. NewTek has licensed this solution to many other vendors who support the NDI protocol in their products. Notable vendors include: Adobe, JVC, Evertz, Livestream, Microsoft and many others. More information may be found at ndi.newtek.com.  This article will highlight some benefits of this IP solution for various workflows and provide examples of utilizing the technology.

One advantage of this IP based solution is that it enables software solutions to be integrated into basic and advanced production workflows. This might not seem significant but consider that many broadcast solutions require dedicated hardware to implement functionality. Many graphics platforms require both specific GPU (Graphics Processing Unit) and specific SDI connection devices. Video routers are almost exclusively hardware based. DDR’s for video playback and many other functions are coupled with very specific and often expensive hardware. NDI however is a software-based solution which does not require any specific hardware. There are examples of almost every broadcast function implemented entirely in software with no specific hardware requirement. This includes routers, multi-viewers, graphics engines, video playout, video recording and probably other functions.

Nature of IP and inexpensive hardware

The nature of an IP based solution is that once a source is available on the network it can be utilized by any other device or software on that network. This is a very powerful consideration which can be used in a variety of workflows. One example is NDI software that records both clean and dirty video feeds using low-cost computing hardware. There are already software solutions from both NewTek and Sienna that provide this functionality.  An example of a low-cost device is the Intel NUC (Next Unit of Computing), configured with 16GB of RAM it has a cost of around $800 dollars USD. Intel NUC can be configured to record multiple NDI outputs. A company called Switchblade has taken advantage of this platform and created a packaged solution which can perform many tasks using vMixHD. Another interesting capability is making existing SDI feeds available via NDI. The Switchblade Flyk can record and make SDI available to an NDI network. Flyk is basically an Intel NUC with an SDI card.

Consider an example where a church wants to have full-screen-graphics on their center projection screen in the church’s auditorium, but also have the same text repositioned as a lower-third and keyed over cameras on other screens or for their live Internet streaming of the service.  Both the full screen projection graphics and the Internet keyed-over-program livestream signals must be synchronized. In a traditional production environment this would require three-to-four SDI graphics outputs and associated switcher inputs: a fill (and potentially a key) for both the full screen graphics projected and key and fill for the keyed-over-program livestream.

The hypothetical church already had an SDI based key and fill solution feeding its Sony production switcher, but what about the 2nd fill (and potential key)?  With NDI the new keyed (“dirty”) Internet stream output could be created using Livestream Studio 4.8 software – which supports NDI.  The church generates graphics utilizing Renewed Vision’s ProPresenter 6, which also supports NDI. Ensuring these the devices are both on the same Ethernet network provides the required IP path to allow NDI graphic outputs to get from ProPresenter 6 to Livestream Studio 4.8.  The NDI solution described relies solely on software requiring no specialized or additional equipment from NewTek or any other manufacturer!

In order to achieve the NDI solution two computers running ProPresenter 6 are utilized, one as a master, the other as a slave. The slave device has the same lyric content as the master but formatted as a lower-third. The output from the slave computer gets to Livestream Studio via NDI and the control room’s ethernet network. One graphics operator is now able to send full-screen graphics to the sanctuary’s projection via SDI into the church’s production switcher while simultaneously sending lower-thirds to viewers of the live webstream via NDI (Figure 1). Two computers, one operator, two distinctly different lyric formats without requiring production switcher keyers or additional SDI infrastructure.

There are other useful software packages available at a low-cost or free. One of the free tools is the NDI Scan Converter which allows a computer’s video output to be available to a video production workflow. Another useful tool is NDI for Adobe Creative Cloud which will allow Adobe Premiere or Adobe After Effects outputs to be available to a video production workflow, without first rendering outputs to a file. There are also tools available to record H.264 video files via NDI and software to make an iPhone camera an NDI source.  Finally, there are NDI based tools that bring remarkable capabilities at extremely low-price points. Once such example is a 16 channel 3D graphics package from NewBlueFX which is priced at $2,500 USD (Titler Live 3 Broadcast) This is about $156 dollars USD per graphics channel. Other comparable products can cost anywhere between $25,000 to $50,000 USD per graphics channel.  At $156 USD per channel professional 3D graphics are now available to almost any organization.

There are advantages to IP based video workflows which can be implemented by almost any organization cost effectively – today. NDI is a technology that enables software to facilitate the integration of IP workflows in a manner that is vendor neutral and low-latency. Since the implementation is software (not hardware) driven, the total costs for implementing NDI solutions are very attractive. 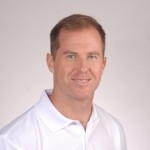 William R. Beckett is the CTO at Right Angle Research. Recently William served as Senior Research Director at NBCUniversal MediaLabs. His focus was designing and implementing solutions for automating media creation using machine learning techniques. Prior to joining NBCU he worked for AT&T Labs Research. In that role he designed and implemented solutions for mobile network operations, DDoS defense, secure electronic payments, digital rights management, financial reporting and customer care. He holds an MS in Computer Information Systems from Boston University and has been granted 7 patents.

The Broadcast Audio Guy Should Be Fired!